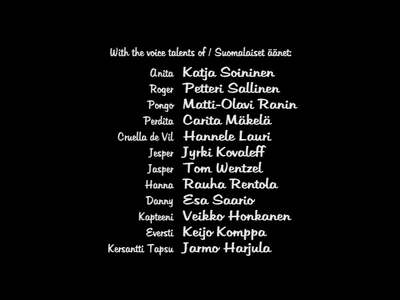 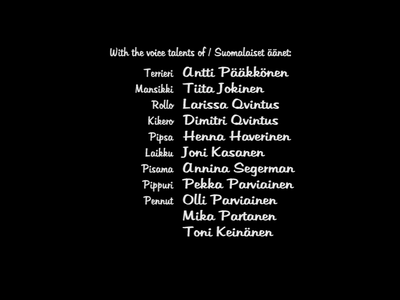 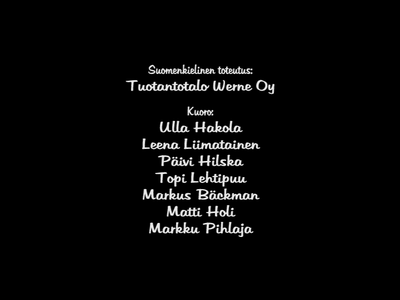 - Lupsakkaat luppakorvat was the original title for the film when it was released with subtitles.
- 101 Dalmatialaista was the title given to the dubbed version.
I would like to thank Leo Löfgren-Roberts for sending in his materials for this entry. :)
​And Lumi Tiikeri for helping me with the names :)
﻿